Showing posts from 2013
Show all 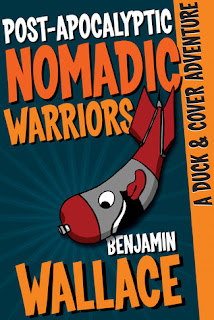 Imagine your leveled up Wastelander from Vault 101 had his/her own running narrative and instead of annoying Moira at your birthday party everyone sat down and watched Road Warrior and Thunderdome on repeat. That's this novel. It's a quick, fun read taking all your favorite bits of the nuclear apocalypse and slamming them together in what just begs to be a film starring Jesse Eisenberg (or maybe Jay Baruchel?) as Jerry and Ray Stevenson as Logan. Throw in a bit of Michael Hogan (BSG's Col. Tigh) as The Major and you've got my $12 and purchase of the blu-ray.
Post a Comment
Read more